What to see in Vigan

Much has been said about the historic 16th-century town of Vigan, Ilocos Sur. The moment you step into the old trading area, you will find yourself immediately transported to an era long gone. The rhythmic clatter of the horseshoes against the cobblestones provides a soothing lullaby to the visitors of the old city. Vigan, with its long-preserved architectural framework, shows how the meeting of various cultures (Philippines, China and Spain) can result into an appealing town that is simply unmatched in Asia. In December 1999, the city was inscribed as a World Heritage site and on 2014 was awarded as one of the New7Wonder Cities.Here is our list of what to do and to see in Vigan.

Calle crisologo A visit to Vigan is very much synonymous to a walk (or a calesa ride) on its most popular street - Calle Crisologo. Most of the heritage houses of the old Filipino-Chinese families are found within the four blocks of this mestizo district. These families were involved in the business of trading abel clothing, gold, tobacco and other products that were transported to the city from different provinces of the North. The old houses typically have thick walls, wide doors and stairways that lead to living rooms with high ceilings and mother-of-pearl windows. 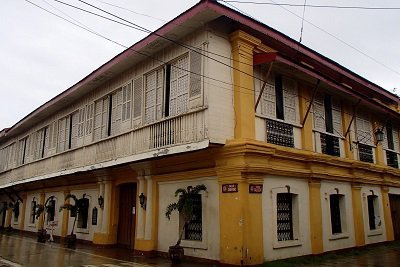 Syquia Mansion. This was the residence of former president Elpidio Quirino, the sixth president of the Philippine republic and a proud Bigueño. His wife, Doña Alicia Syquia, was the wealthy heiress of a family of traders (her grandfather was a Chinese migrant Sy Kia (later Hispanized as Vicente Ruperto Romero Syquia) who was married to a Filipina, Petronila Encarnacion in 1853). The mansion was the dowry of the Sy Quia for the wedding of their daughter. The grand ancestral house, located at the intersection of Quirino Boulevard and Calle Salcedo, is of typical bahay na bato architecture that was common in the period. Inside, one will get a glimpse of the power that the family has wielded not only on the town but in the country as well. Large paintings hang on the walls, bespoke furniture adorn the well-appointed rooms. 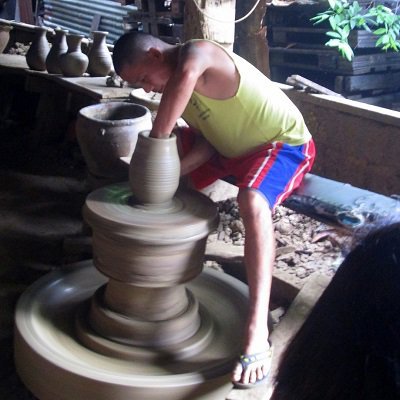 Try your hand on pottery making on a local camarin. Burnay, the Ilocos unglazed earthen jar, is a common house fixture in the province. It is a mostly hand-made object that uses red clay found in the Western section of Vigan. After kneading the clay, it is shaped and molded using a pottery wheel then fired into a ground kiln. The industry was brought and propagated by the Chinese traders in the area before the Spanish came. Outside of the region, they're primarily used as décor but this hefty, air-tight earthenware's original and main purpose is storage; it is not meant for cooking (unlike the palayok). Depending on the jar size, the locals keep water, rice, bagoong, spices and, most importantly, basi (sugarcane wine). 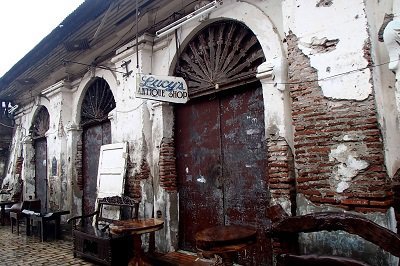 Hunt for Vigan craft work. There was a cultural revival during the time of former President Marcos. He approved of government-funded buildings that were Spanish-styled similar to those found in Vigan. Being an Ilocano himself, he was exposed to the ingenious woodcraft skills of the Bigueño. At about the same period, the first lady also started collecting old religious icons and antique furniture. She was imitated by a lot and soon enough there was a huge demand for Vigan antiques. This resulted to antique dealers buying family heirlooms from owners of old estates and religious antiquities from old churches. Some statues were even stolen from churches like that from St. Paul Cathedral. To fix the problem of supply and demand, some antique dealers hired woodworkers to create fake copies and eventually sold them as real. This shady business provided a channel for the woodworkers to showcase and enhance their skill over time. Nowadays, their products are sold as replicas and are no longer marketed as the real thing. They are popular among collectors and interior designers. 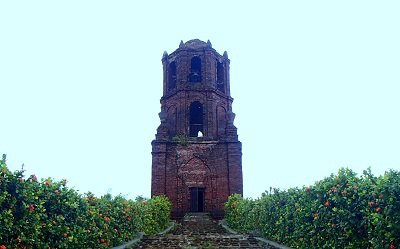 Climb up a belfry. This iconic structure that sits on top of a hill provides a sweeping view of Ilocos Sur and the mountains of Abra. Due to its location, the belfry is also considered a watchtower, part of the city's defense. Built on 1591, it was named after the district of Bantay where it is located. Its claim to fame is the old Fernando Poe, Jr. movie, Ang Panday, where some of its memorable scenes were shot.There is no entrance fee to go in the area but donations are welcome. Close to the belfry is the St. Augustine Church, built on 1590, one of the oldest surviving churches in the entire province. Similar to Paoay church and St. Paul cathedral, the St. Augustine church was also built with the earthquake baroque architecture. (Note: Churches built in this style were made lower and wider as compared to those built in less seismic active places. The church's side walls were built to be thicker and heavily reinforced for stability during shaking with the upper church framework built with lighter materials. Also, the towers have thicker girth in the lower tier becoming narrow to the topmost part.) 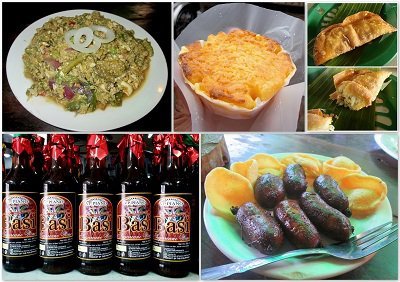 Go on a gastronomical trip. No proper Visit to Vigan excludes a celebration of its cuisine. Prepared simply, Vigan savory dishes highlight local ingredients flavored by natural taste enhancers leaning towards more on the bitter, salty and sour flavors. Popular savory dishes are pinakbet (dinengdeng and dinoydoy as its soupy cousins), pinapaitan, empanada (stuffed bread/pastry that is baked or fried), okoy, poki-poki, bagnet, sinanglao and longganisa. Rice-based snacks (kankanen) like royal bibingka, biko-biko, binangkal, dila-dila (similar topalitaw), kalamay, kaskaron (known as bitsu-bitso in other regions), patupat,puto, sinuman, tinubong and tupig are also must-tries and good options for pasalubong. What better way to wash down the rich flavors of Vigan cuisine than to drink basi, a local wine produced from sugarcane? It's so good and well-loved by the locals that the 1807 revolt revolved around it.